The History Of Men's High Heels

Today, a high-heeled shoe is typically associated with women’s footwear, but that wasn’t always the case. In fact, centuries ago, heels were predominantly worn by men. The shoe itself has gone through plenty of changes, from design to its intended purpose and audience, and in this piece, we’ll look at the history of the high heel in greater detail.

The first iteration of the high heel can be found in 15th century Persia (now Iran). Heels were originally worn by male soldiers in order to help secure their feet in stirrups - you didn't want your foot slipping when you're firing your bow and arrow. Soon after that, Persian migrants brought the shoes to Europe, where they were very popular with aristocrats - they wore them to appear taller.

High heels were, for a long time, worn as an indication of status. If you were wearing a taller heel, that meant you were more important, or richer. In fact, in the 17th century, some high heels were staggeringly tall - up to 54cm.

A typical men's heeled shoe from the 17th Century

King Louis XIV was an early adopter of the high heel, but with his own twist. His shoes featured red heels and soles, and the only people allowed to wear them were those in his circle. This quickly caught on in royal families across Europe, and, of course, those who aspired to be like them.

His shoes featured red heels and soles - the inspiration behind Louboutins, perhaps? This served as a way to identify who was part of King Louis' inner circle. It soon caught on among other royal families in Europe, and the red-bottomed shoe could be seen in palaces and manor houses around the continent. Despite being popular, heels were often impractical when not on horseback. As you can imagine, a high heel would not fare well in the mud, often sinking into it, so many men wore their heeled shoe inside an overshoe or a shoe with an extended flat soles. These flat soles would slap against the heel when walking, leading to the name ‘slap-soles’.

Towards the turn of the 18th century, there were two types of heel worn by men, each one denoting a certain ‘type’ of masculinity. If you were of high status, or an affluent person, you'd wear leather-covered heels, but if you were of a lower class, you'd be wearing leather-stacked heels. Regardless of whether they were covered or stacked, the heel itself was very broad and sturdy; nothing like the sleek, elegant heel that women of the time wore. The stacked heel was much more durable, synonymous with horseback riding and 'action'.

Fast-forward to the 1960s, when the world was in the grip of Beatlemania, and John Lennon & Co.’s 'Beatle boot' was in fashion. The boot itself looked similar to the popular Chelsea boot, but with a raised heel, inspired by male flamenco dancers. The Beatles in their famous 'Beatle boot'

The 1970s heralded a new era of extravagance in style - big hair and even bigger shoes - and the platform shoe is one of the most iconic sartorial elements of the time. Worn by megastars like KISS and Elton John, platform shoes took raised footwear to another level - literally. These super-thick soles were often customised - from Elton's jewel-encrusted pieces to KISS' goth-glam styles. 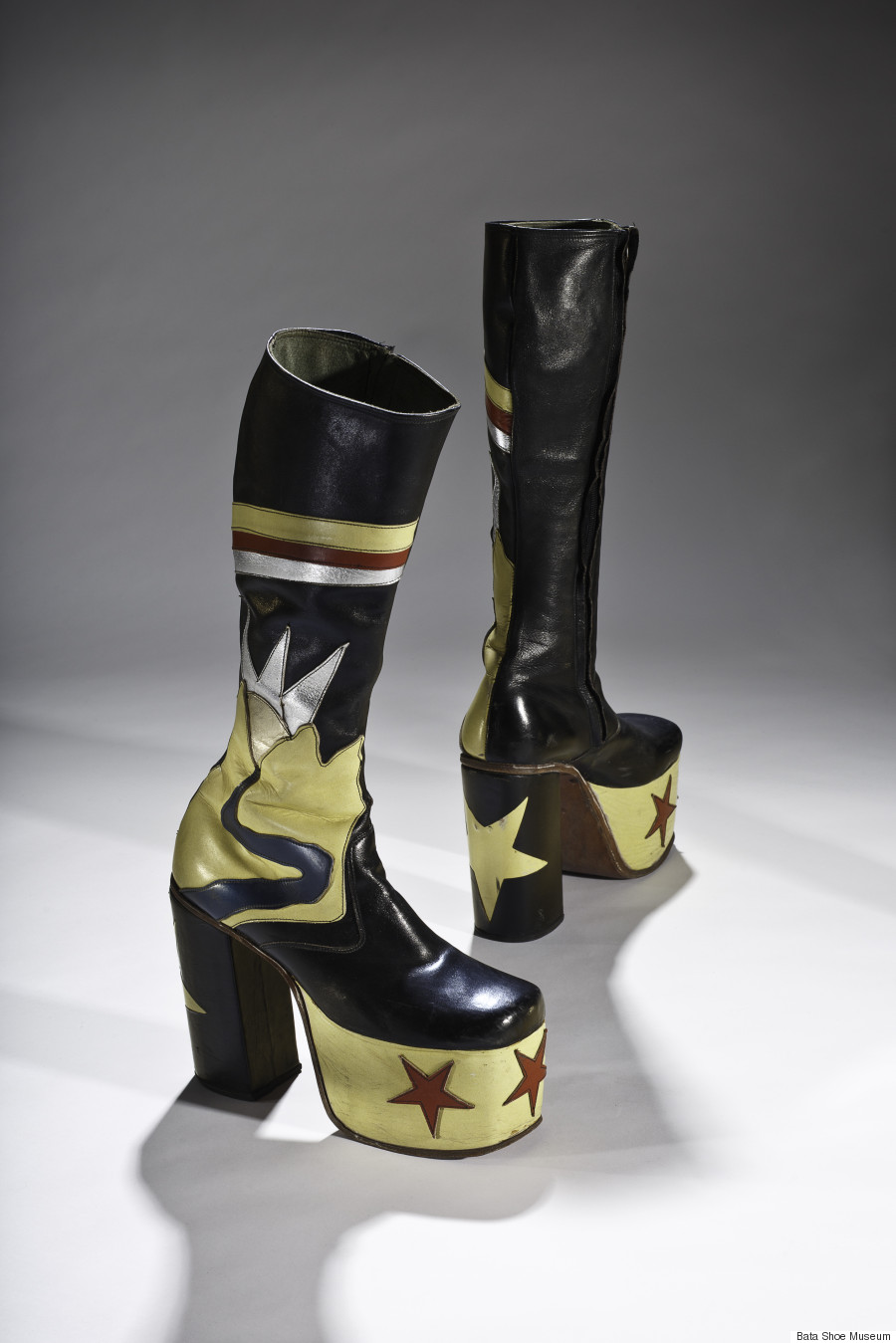 If you've ever wanted to wear a high heel but have struggled to find one that suits the shape of a male foot, then Cross Sword have created the solution.

The unnatural shape of a typical high heel has long been an obstacle to men who want to wear them, so our shoes negate that issue whilst maintaining a classy, fashionable choice.

Crafted from the finest materials, be it Italian leather or suede, the shoes are at once stylish, comfortable and sophisticated. The various iterations of men's heeled footwear have led to our creation; this is the future, combining the elegance of the classic high heel with the smart sophistication of a brogue.

Whether you want a heeled shoe for the office, for a night on the town or simply for your day-to-day life, Cross Sword shoes are all you need.

Visit Cross Sword today to browse our range of beautiful, handmade high-heeled footwear.
Back to Fashion
Use left/right arrows to navigate the slideshow or swipe left/right if using a mobile device